As part of the modernisation of the railways it was thought that a lot of time and money could be saved by replacing the “shunting” locomotives, which had always been steam, with diesel. Shunting was very common from moving wagons round in a yard to moving rakes of carriages around in stations. 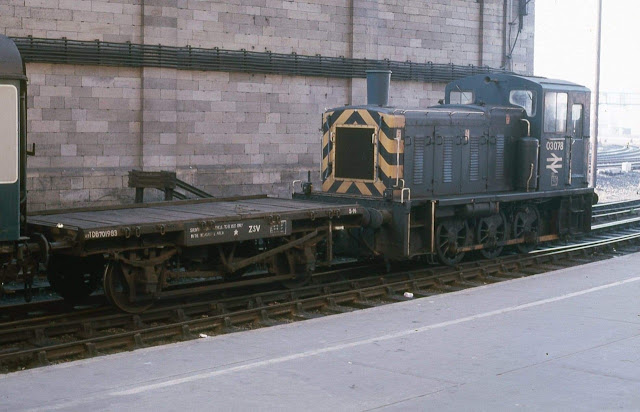 Steam engines need 2 men to operate and take a few hours to get ready each morning whereas a diesel engine takes 1 man and 10 minutes. The Class 03 was one of the most successful diesel-mechanical 0-6-0 designs, 230 were made by British Rail at Swindon & Doncaster between 1957 & 1962. The Class 03 is powered by a Gardner 8LW diesel engine coupled to a 5-speed epicyclic gearbox and it features both air and vacuum train brakes for flexibility. 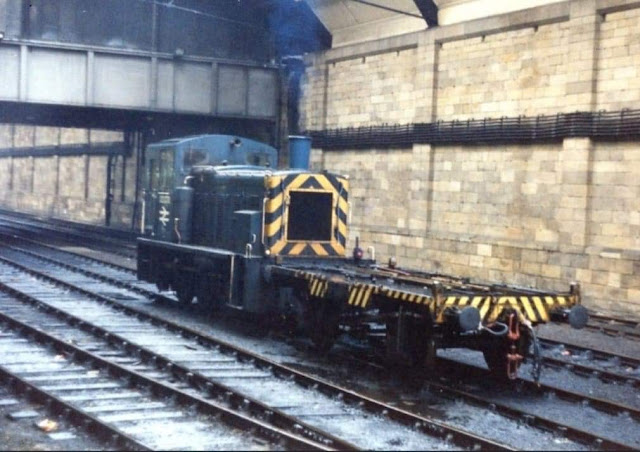 Our 03, No.03078, was built at Doncaster and entered service on the 24th December 1959. Her first allocation was at Thornaby between 1959 and 1965. She then spent a year at both Darlington and West Hartlepool before returning to Thornaby between 1967 and 1968. 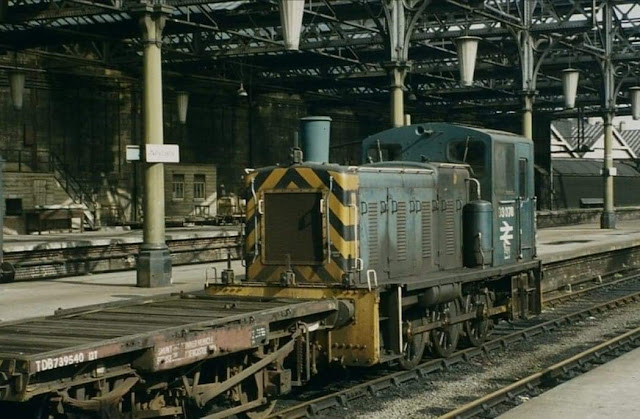 She made her final move north in 1968, being allocated to Gateshead Depot, and remained there till being retired in 1988. She was normally used at Newcastle Central, work included station pilot duties (shunting carriages), trips to the staithes at Dunston, Blaydon, work in Berwick and Team Valley. 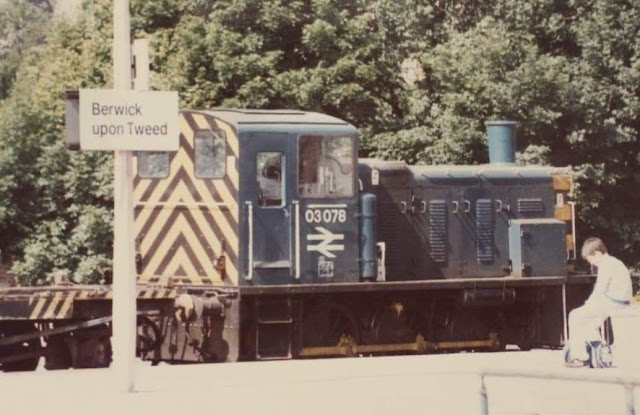 Shortly after retirement she was sold to North Tyneside Council and moved to Middle Engine Lane. 03078 was vital in the construction of our railway, being regularly used on works trains. The loco was repainted into a fictional lined black livery in the early 1990s and renumbered No.D2078, before being repainted back to BR Blue in early 2019. 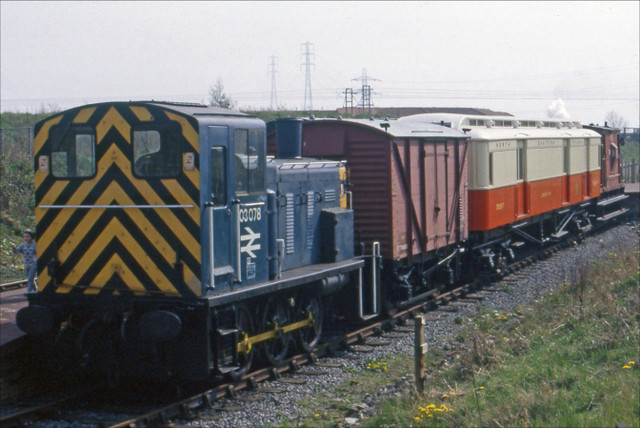 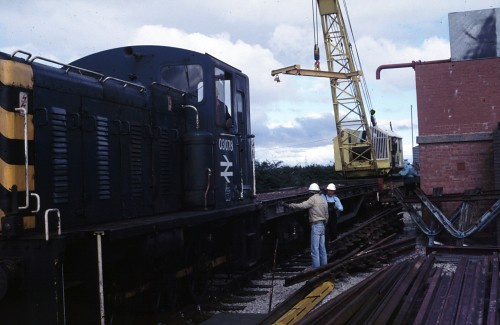 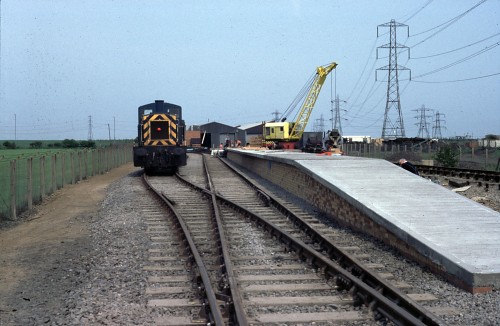 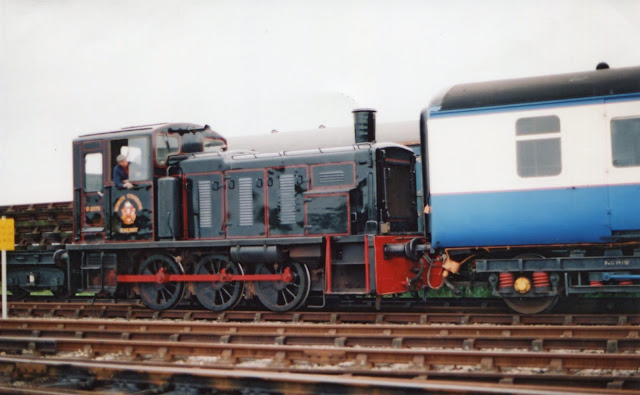 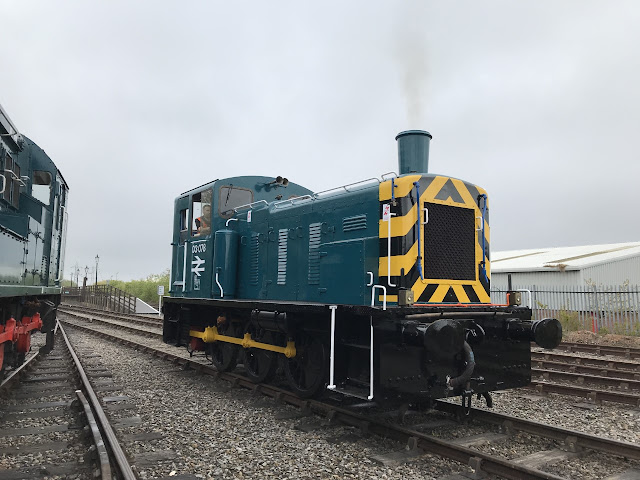 In 2019 she was also reunited with one of her former Gateshead stablemates (No.03079) at the railways diesel gala. 03078 is still frequently used for shunting around the railway and the occasional passenger train working. 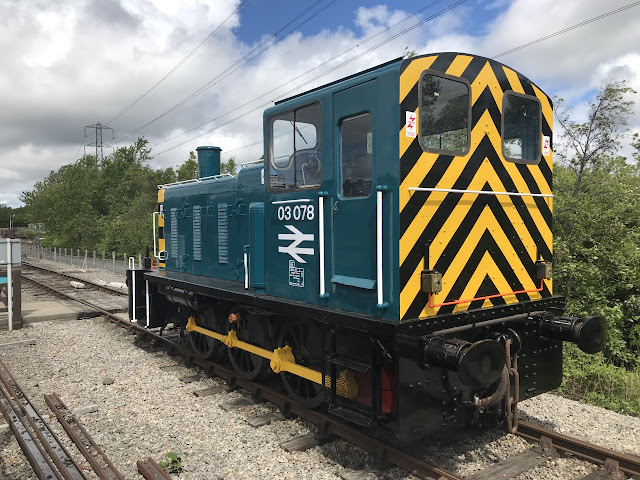 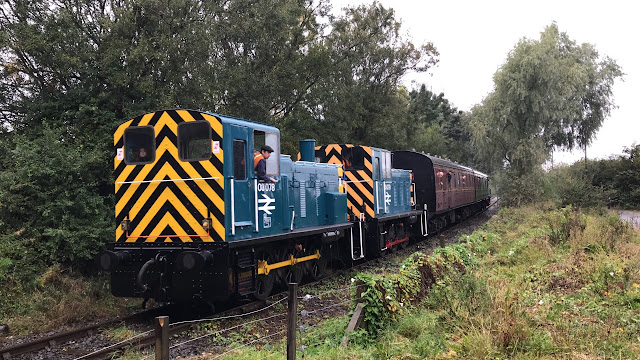 Posted by North Tyneside Steam Railway at 12:00 No comments:

Email ThisBlogThis!Share to TwitterShare to FacebookShare to Pinterest
Labels: Biography

Circa mid-1990s, Bagnall No.401 undergoing a repaint in the workshop, in the background is visiting LNER J27 (NER P3) No.65894 which is up on blocks for overhaul 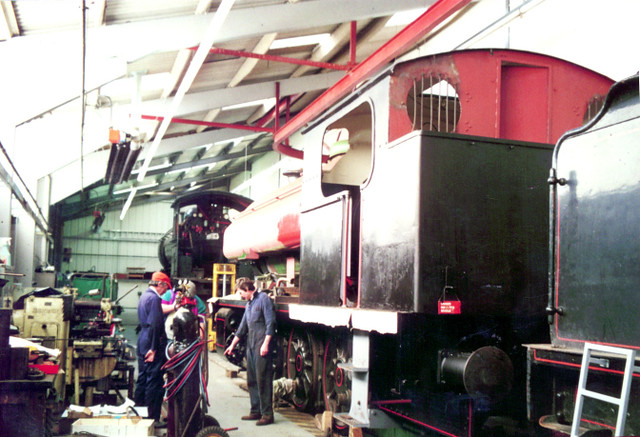 Posted by North Tyneside Steam Railway at 12:00 No comments:

Posted by North Tyneside Steam Railway at 15:00 No comments:

Posted by North Tyneside Steam Railway at 19:30 No comments:

Work down the line

Posted by North Tyneside Steam Railway at 19:30 No comments:

Email ThisBlogThis!Share to TwitterShare to FacebookShare to Pinterest
Labels: 03078, Lineside


Today we look at one of our steam locomotives which was built in Bristol but spent its whole working life up in the North East Pits. 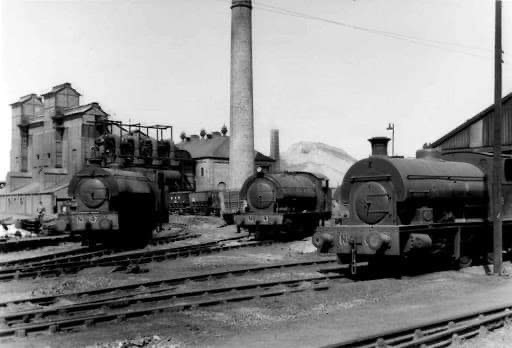 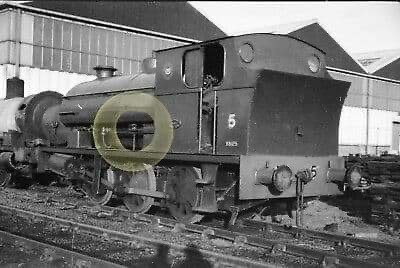 Ashington was once proudly proclaimed as the largest pit village in the world, to serve it and the surrounding collieries was the largest private system in Northumberland if not the North East. In 1939 Ashington Coal Company No.5 was delivered by Peckett and Sons as works No.1970, along with her sister No.6 (No.1971), both carrying the Peckett works green livery. They were taken under the wing of the National Coal Board on Vesting Day 1947, but remained on the Ashington system, receiving a repaint into NCB blue at around this time. 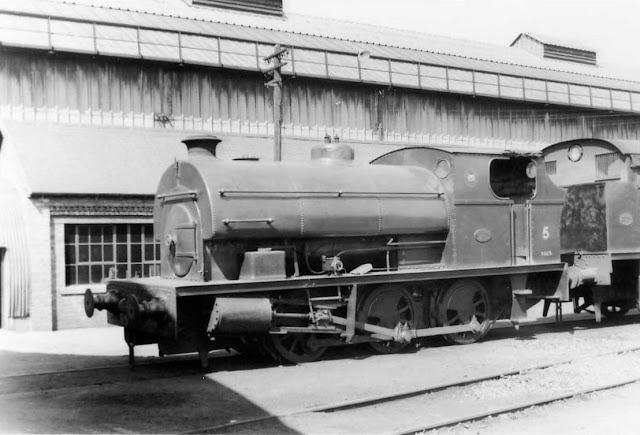 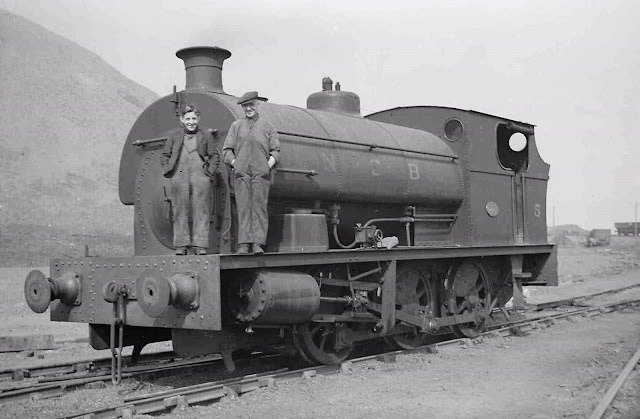 The Coal Board began to dieselise its Northumberland systems in 1969, at this point No.5 was sold to the North Norfolk Railway. Being based here until 1991 and then returning to the North East. She steamed until 1996 before being withdrawn and then returning to steam in 2010 following an overhaul. She was a key part of our operating fleet for many years before being withdrawn again in early 2019 for a mechanical overhaul. 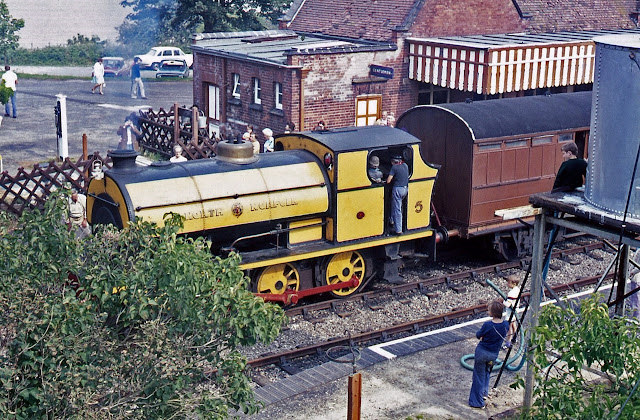 Email ThisBlogThis!Share to TwitterShare to FacebookShare to Pinterest
Labels: Biography


Posted by North Tyneside Steam Railway at 21:30 No comments: 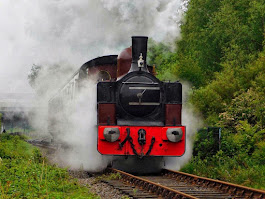 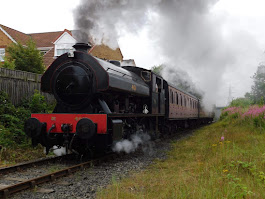 North Tyneside Steam Railway
The Association that operates the railway was formed in 1977 as The Monkwearmouth Station Museum Association for the purpose of assisting the then named Tyne & Wear Joint Museums Service to restore railway related items at the former Goods Shed at Monkwearmouth, Sunderland. The first items to receive members attention were Consett Iron Company's diesel locomotive No.10 and steam locomotive A.No.5. We have a purpose built train shed consisting of a locomotive stabling space, a locomotive workshop and a carriage and wagon workshop. The actual railway runs from Middle Engine Lane (shed & museum) two miles towards Percy Main terminus, going past Silverlink retail centre and roughly following the old British Rail lines. Trains run every Sunday and bank holiday from April to October, including Santa Specials in December, every year. Many different events are held including a Day Out With Thomas event during the peak of summer time. Additional exhibits have been acquired by Tyne Wear Museums & Archives (who now operate the site); North Tyneside Council, and ourselves. As well as carrying out restoration and maintenance work on these, our volunteers operate the railway.